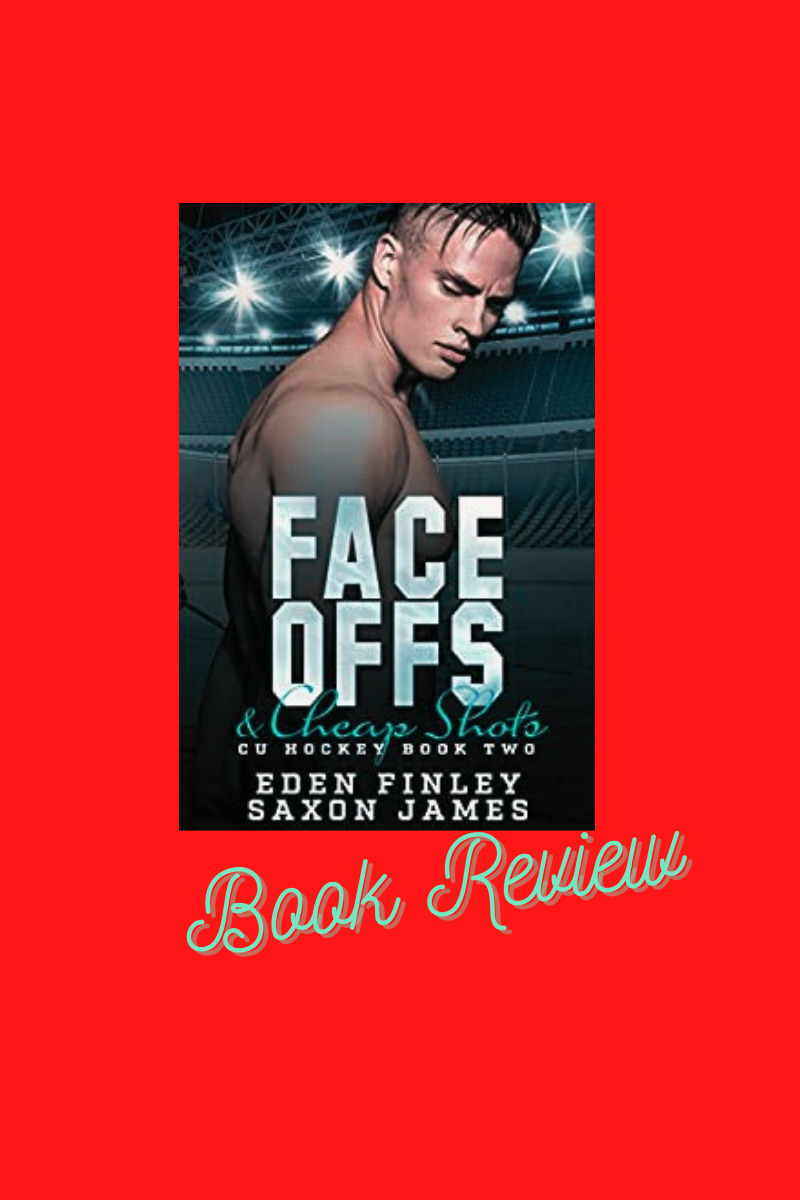 By Eden Finley and Saxon James 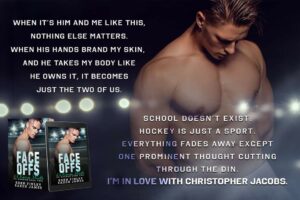 For the past two years or so (I think), I discovered sport gay romance, and I fell in love–football and hockey, to be specific.  I have read several to date, and I happened to love this series, CU (University), more than most.  I should mention that I find myself reading more and more college sport gay romance than the pros–NFL and NHL.

Face Offs & Cheap Shots is the second book in the series (4th book release on June 23rd).  In book one, we met Jacobs and Beck–although Jacobs had a bigger role seeing that he was Grant’s best friend in book one.  Let me tell you that putting these two together was pure genius.

I literally asked Eden Finley and Saxon James if they knew they would put the two boys together, and they both said they have no idea because they started the series to pass the time during the Covid pandemic.  They told me that Jacobs spoke to them, and then they threw in a line in the book as a way to say Beck would get his own book.  I am happy that they did.

“I have no idea why Christopher Jacobs hates me, and I can’t say I care. I like pushing his buttons, but the guy needs to loosen up.”

Beck is considered to be irresponsible and immature, and Jacobs have hated him from freshman year.  Of course, Beck does everything to get a reaction from Jacobs every damn time.

“Beck is irresponsible and immature, and I’ve hated him since the moment we met freshman year.”
Although the boys do not get along, the boys had so much chemistry, passion, and sexual tension from the start–although they both thought they were straight.  I should probably mention that the book is an enemy to lover, sexual awakening/first-time romance–some of my favorite tropes.  From the beginning of the book, I just felt all warm and mushy inside.  There were lots of snark and banter. 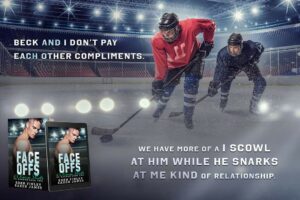 Sure, there’s snark and razzing, and OMG, the hottest sexytimes. Their steamy scenes together are so damn hot had me squirming in my seat as the heat sizzle right off the pages. I absolutely loved the double awakening. Although Jacobs later identify as gay, and Beck is still undecided (Pan maybe).  The rivalry between the two kept everything interesting, but mostly it’s just an altogether feel-good story of two guys falling in love–unexpectedly.
Jacobs: “Sure. That’s why. Has nothing to do with your annoying personality.”  Beck: “You pronounced delightful wrong.”
Click here to read my previous review=⇒Duke: The Henchmen MC Book Review.

I highly recommend the series to all MM/Gay Romance Fanatics!