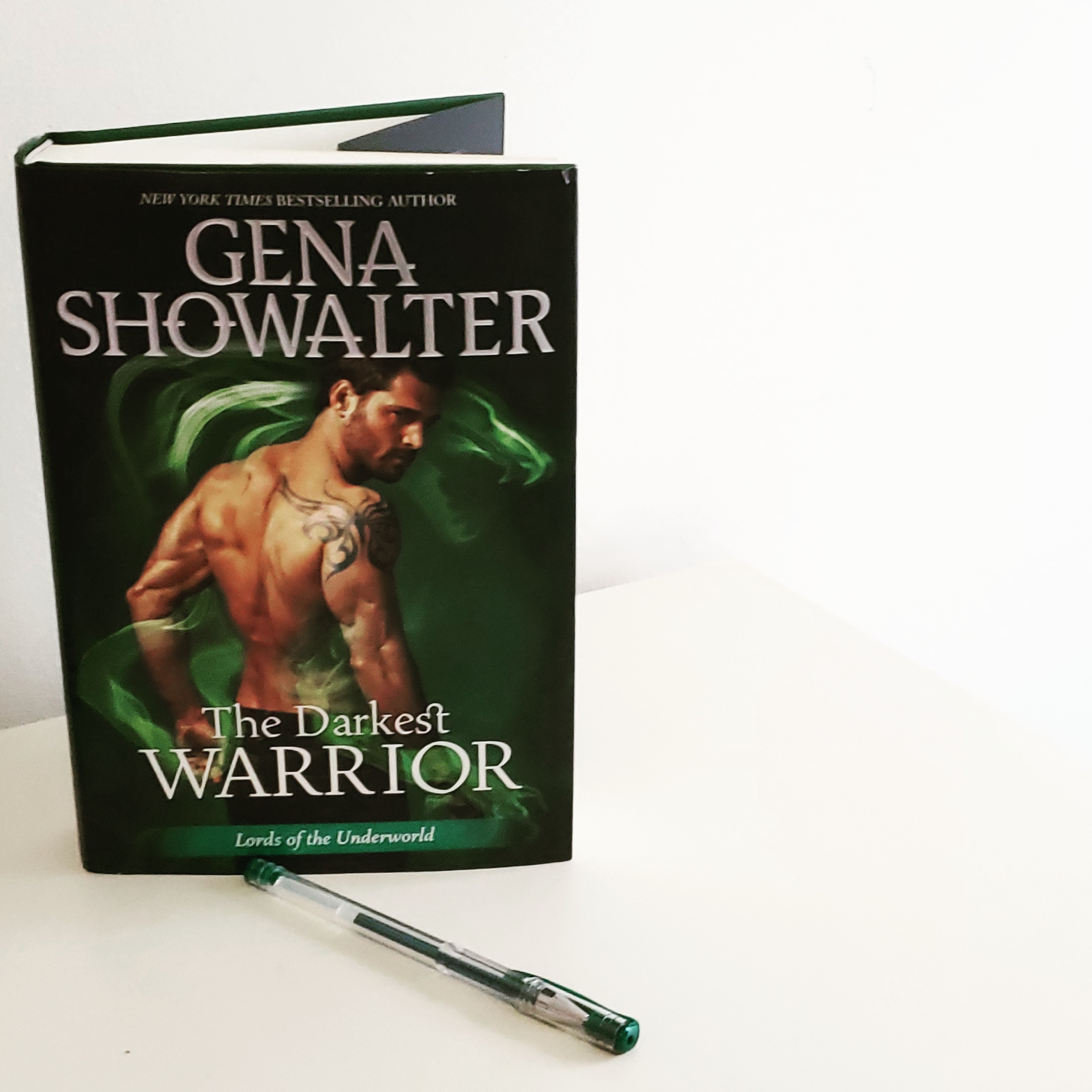 Yessss!  Let’s just say this was one of the most anticipated books this year-well for me and you–if you are reading this. If you love the Lords of the Underworld as I do, then you couldn’t wait for Gilly and William’s story…but then stop the music–Gilly’s HEA won’t be with William…but…who…what.  I asked the same questions as other LOTU fans.  But Why??  I was a tad bit upset (well pissed actually), but then I thought to myself Gena Showalter is a paranormal romance genius so I will trust her vision.  I was curious to know what she would do with Puck…didn’t find him interesting at all.

A couple of chapters in the book

OMG! Gena made the right decision; I realized this not too long after reading the book.  This was a BIG surprise for me, I totally didn’t expect to like Puck; he didn’t leave a lasting impression when he was first introduced in The Darkest Touch (wait maybe he did) I immediately fell in love with him in this book though. The book started out with Puck and his brother, Sin and we learned more about him.  (Did I tell you that Gena Showalter is a romantic genius?  Well, she is…IJS.  I couldn’t put the book down from the first page.

The End-My Thoughts on the book

Puck is the perfect man for Gilly, although he was protective of her, he still allowed her to be the woman that she has become.  From the moment they met, the chemistry between them-HOT! On a scale of 1-10, I would score the chemistry as INSANE.

He is the perfect book boyfriend, he can kick ass, he protective of his woman, he’s charming…but he’s also vulnerable…a tortured soul (which makes you love him even more).

One of the best things about the book is the interaction between Puck and William HILARIOUS!

The book was almost perfect…except…William…  Let’s talk about William for a second, not sure what Gena intended, but I find him annoying and whinny (is that how you spell the word?).  Don’t get me wrong he was still funny as hell, but sometimes he was just annoying and he got on my last nerves. I was disappointed because William is my favorite character in the series from the moment he was first introduced.

I would overlook William’s whining and annoying attitude if there were more hot steamy scenes in the book.  Puck and Gillian waited so long to get it on–I thought it would never happen, but well worth the wait. I was also expecting to see more of The Lords, but the only one we saw was Torin and his Red Queen, Keeley, who was as hilarious as ever btw.

“As if I couldn’t pick you out of a crowd of thousands, lass.” ~Puck~

If you haven’t bought it yet, what are you waiting for?? This is a must-have, click on the book image to purchase from Amazon.