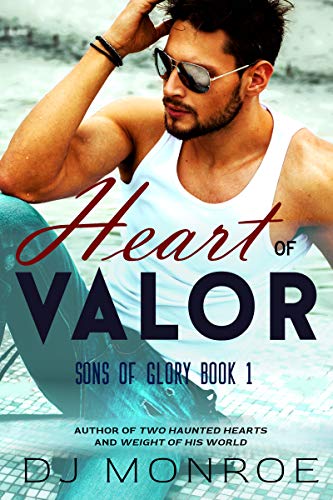 Two strong willed heroes. Two fiery tempers. Will their hearts go down in flames?
Valor Moretti is not happy to be home. In fact, he swore he’d never set foot in Patriot, Texas again. For years he’s traveled around the country as a freelance firearms instructor, happy to be anywhere but Glory Ranch. Now that he’s here and his inheritance is on the line, all he has to do is keep his temper and his cousins under control for the next year, and he’s home free.

Kent Massey hates Texas. He hates the heat, he hates that slow drawl accent, and he hates that he’s trapped here for at least a month while he trains Patriot's newest K-9 police officer. He especially hates his landlord – that man is a menace. Out shooting handguns at the crack of dawn, making Kent’s life miserable, and sticking his nose in where it doesn’t belong. It’s enough to drive him crazy, especially when he discovers that he’ll be working with the guy. His only option is to deal with it, but that doesn’t mean he has to like it.

The two men are like fire and ice, oil and water. But when push comes to shove and real danger comes to Glory Ranch, they’ll have to set aside their differences and face their true feelings before somebody gets killed.

The Sons of Glory series is about 3 cousins carrying on the family legacy of their family ranch called Glory Ranch.  This is the first book in the series, and I was psyched to start the series.

Valor is not happy to be home in Patriot Texas, but he must because of a stipulation in his grandparent’s will—stating that all three cousins must live in the ranch for a year with each other.  He just wanted to do his time and move on.  However, what he didn’t expect was to be attracted to his neighbor or, in this case, his tenant.

Kent is from New Jersey and hates Texas.  He hates the heat and the “southern drawl.”  He especially hates his hot-headed landlord, Valor.

The two men hated each other on sight, and the entire book was about how much they hate each other.  They were forced to work together, but even that didn’t help them to get along.

When I pick up a gay romance book, I expect to be blown away every time, and for the most part, I usually am.  In this case, I was left unfulfilled and cold.  I was excited to read Heart of Valor because the synopsis was crazy good.

Maybe next book will be better

Here is my first problem with the book…the book’s entire focus was on their relationship or lack thereof. They fought from the first page of the book all the way to the end. I think the last chapter they got together, but even that was lackluster. This is supposed to be a romance novel, but there was absolutely no romance in the entire book from the heroes. How can you have a HEA in a romance book when there is no passion or chemistry between the characters, which leads me to my second problem.

No chemistry between the two characters at all. It felt like the author was trying too hard to make the story work. Now don’t get me wrong, the story was okay, but it lacks its romance.

His cousin’s romance was more interesting, and perhaps the book should’ve been about him instead.

I can easily forget about this story, and I have.  I believe they shared one kiss in the entire book.  I like my books steamy, which leads me to my third problem.

Absolutely, no steaminess.  Yes, that’ll be a zero.  There was no sex in the book at all.  Even at the end, the sex was implied—my imagination is not that good…I guess no chemistry equals no sex scenes.

In case you haven’t figured it out yet, I didn’t like this book at all.  Just not my cup of tea.  I like my tea piping hot, and this was not even room temperature.

Other books in the series 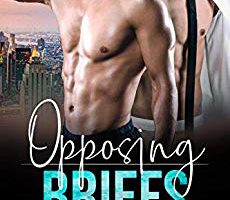 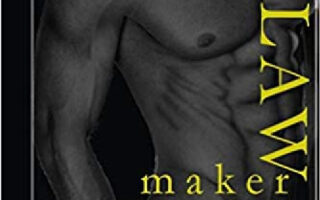