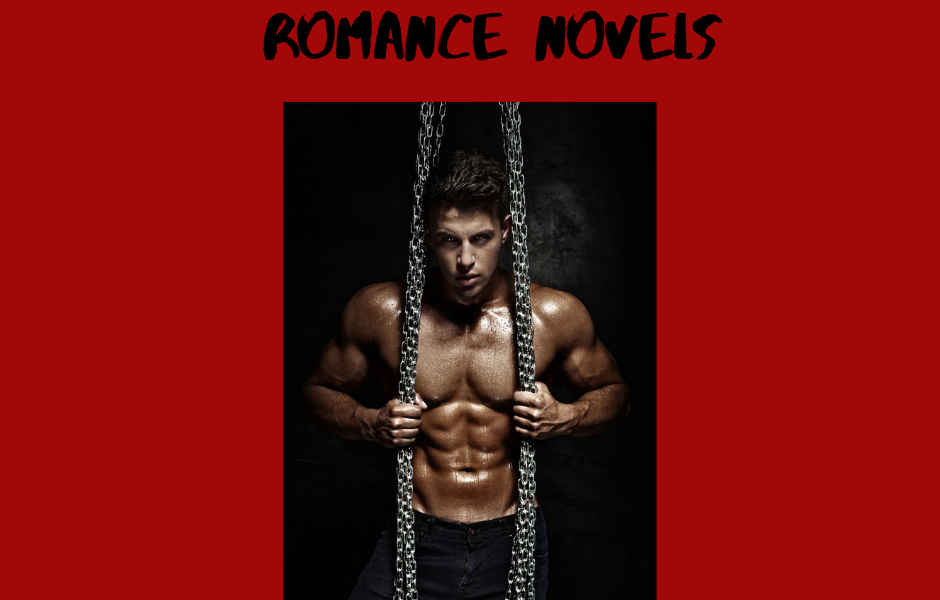 I am so use to reading M/F novels and wanted to try something new. So, I picked up a M/M novels this year, and I never looked back. Maybe it’s my first queer author I read (Kindle Alexander), but he/she was amazing and you will find a few of the books on the list. The single most important thing I like about this genre is that it is kinky and many of the hot scenes are some of the best (yes way better than M/F novels. You can find anything from fake boyfriends, enemy turn lovers, motor cycle club gay romance, rich guy-poor guy, doctors, lawyers, detectives…bottom, top, BDMS, first timers–you name it, you can find it.  On my list you will find detective stories to make you cry and stories to make you laugh. I hope you enjoy this–it was very difficult narrowing down at 10.

1. Painted on my Heart

You will see Kindle Alexander on my list of more than once on my Top 10 Gay M/M Romance Novels…yes you will.  Painted on my heart made me cry.

This book has won awards such as:

Artist, Kellys Hardin is a loyal man. Although his former boyfriend cheated on him numerous times and gave him HIV, he is still there for him whenever he comes calling and if he is in trouble. You see, his former lover is a drug addict and is always getting in trouble and steals from Kellus.

Arik Layne, is a rich powerful confident man, who always gets what he wants and who. From the very first time he saw Kellus he wanted him regardless of the fact that he is HIV positive. With Kellus’ history with men, Arik (don’t ever call him Eric) had to work very hard for Kellus to be his.

Painted on my Heart will pull at your heart string, I just couldn’t believe all that has happened to Kellus, but in the end, he found love. You will fall in love with both Kellus and Arik (like I did) and I was happy they both got their HEA.

I BET YOU I WON’T

Manhattan Bet could very easily have been the top of my list. As it stands it is number 2 on my list and here is why. I totally fell in love with the characters. We met Tom in previous books (The Taboo Love Duet) and to say he was a total asshole would be an understatement. He played the ex-boyfriend of Noah, and he was a total dick to Sena. In the end they became almost friends and I realized that he may not be so bad…he was redeemable.

Tom Cohen, the aloof top male model in the world, who seems to have a chip on his shoulder met Mack a very younger man–12 years his senior. Mack is funny and doesn’t let much bother him. Did I mention that I read this 4x, which is why this should be at the top of my list (I think I may change it around what do you think?).

O Yeah! The Bet! So, Mack had this huge crush on Tom, and so him (Mack) and his dumb friends made a bet that he can have Tom by his birthday coming up in 3 weeks. So, of course, they happen to meet in a cafe and Mack had to work to get Tom’s to be his boyfriend, but guess what on Mack’s birthday, he found out about Mack’s bet…I think I’ve said too much, you just have to read it to find out the in between stuff.

If you are looking for a sex-fueled story then this is the book for you. This is a character driven book, not led by a plot. You will literally get into the minds of the characters. I feel a re-read coming on.

I totally fell in love with Logan and Tate. Try. Take. Trust. Tease. Tate. True…six book in the series. 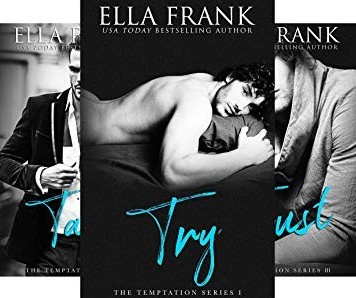 Why I love this series…I love how the characters develop as we read from book to book.

Logan, a lawyer, met Tate in a bar after work where Tate is a bartender. Logan took one look at Tate and decided he wanted him whether he is bi, gay, or straight. Well, it just so happens that Tate was straight. Logan pursued and Tate was intrigued by Logan–eventually Tate decided to “Try” and the rest is history.

I’m not going to give away much of the story because it is a series so you will just have to read for yourself. This series is also character driven, you will meet some of the characters from Ella Franks other series, Exquisite (A M/F series).  The Tempation Series is jam-packed with mind blowing sex–if that is what you are looking for this series won’t dissapoint you.

Meet God and Day–Detective Cashel ‘Cash’ Godfrey is a big dude, tattooed and most people would say angry and the very handsome and funny, Detective Leonidis ‘Leo’ Day. Day is not only funny, but he is charming, sarcastic, witty (always have a great comeback for everything).

They have been partners for years, which led to them suddenly becoming lovers, after all, it is so easy to fall for someone that you spend most of your days and nights with.

I love this story because it was plot driven with character development. You will see the relationship that God has with his brother and mother, which they later found out was just a misunderstanding, my heart bleeds for God…this is one of those times where you have to read the book–no telling.

If you love hot-steamy sex scenes with a good plot and tons of action-packed scenes (after all they are detectives), then this book and series is for you.

To say I love this book is an understatement.

Imagine hooking up with your crush at 18, and realizing that you both have strong feelings for each other, imagine taking a trip and spending a wonderful week with that someone. Image having to let that person go–for 10 years. Imagine hiding your past in a bottom of a bottle, and multiple women, imagine being trapped so far in the closet that you can’t see a way out of it. This is quarterback Colt Michaels’ life. Then he decides to get

Jace Montgomery was dumped by the handsome, but he has no idea why. He went 10 years trying to forget Colt, by building the world’s largest all-star cheering leading gym and keeping busy.

But it is true what they say love conquers all. Especially, when a meddling evil father is involved.

Resident bad boy, Viper, a member of the best rock band in the world had it all hits after hits–over a hundred million albums sold.

The band lost their lead singer, as a result, the band started looking for a new vocalist, who they found in Halo. Now Halo is a straight hot dude and of course bad boy Viper made it is business to pursue Halo. Of course, Halo gave in and the two became lovers–but nobody said love was easy.

You will get to meet the Viper’s mom, Halo’s sister, and the rest of the band.

I have only read the first three books in the series, but I am looking forward to reading book 4 upon release.

“It’s time to finally give in and get carried away with something a little bit like…desire.”

Another good one by Brooke Blaine. The reason why the Fallen Angels (above) needed a new lead singer is because Trent Knox just up and left the group. He had enough and didn’t know what he wanted to do with himself, so he hid away in South Haven trying to find himself (he needed a map). He met the Tattoo shop owner, Shaw Jennings–his new muse.

Trent is a notorious womanizer (he kept is bi-sexuality a secret) and Shaw is not interested in being Trent’s experiment. But as you can imagine, the tension builds and very soon they became lovers.

I love the big six-five tattoo artist and the man who is on his way to finding himself in on South Haven Island. Believe me when I say, you will find some interesting characters in this book, one of which I cannot wait for his book to come out.

I don’t know where to begin with this. All I know is this book made me laugh and made me cry at the end. This is a love story than spans 40 years. Avery and Kane–one is from a prestigious political family and the other owns an upscale Italian restaurant. Avery took one look at Kane and knew he was the one. Kane had no interest because he had his plate full managing his restaurant…besides he has problems fully accepting his sexually.

Don’t call this a romance, this is a true lifetime love story. Avery and Kane will make you believe in the magic that you can only get from true love. This story is about loving someone for 40 years and knowing that the person loves you the same way.

I won’t go into any details, but all I can say is the ending though…

The author, Kindle Alexender is currently writing Forever, which is the continuation of Always–quite interesting to know how she is going to make Forever work.

This is a hot one!

What happens when you get a self-retired movie star and a cowboy (who is stuck so in the closet that it will be almost impossible to find his way out)? You’ll get a romance that is so freaking hot your fingers will be burning for days.

So mega movie star, Austin Grainger gave up his career as an actor and move to Texas on the downlow to get away from all the paparazzi that hounds him night and day. What he didn’t expect to find in the small town was the handsome cowboy, Kitt, who he figures is gay because of his underwear (say what?? you just have to read it to understand).

Kitt is in the closet and travels miles for his hook ups so he won’t be found out. Since he is a rancher, he figures the ranching community wouldn’t appreciate working with a gay man (by the way, he was only half right).

This was a fun book and I love the character development and I had a severe case of book hangover with this one…actually with all of Kindle Alexander’s books. They are just that good.

“When the cards are stacked against you, the Kings will even the odds.”

This book was one of the most fun on my list. It was hilarious got me laughing on almost every page. It is a security company, made up of Ex-special forces soldiers, so there was some action in the book.

Anston ‘Ace’ Sharpe is a former soldier and part owner of Four Kings Security, who is cocky, fearless, hilarious, a risk taker, infuriating, and sexy as sin. He met Colton Connolly, when he was hired to protect Colton because he was receiving death threats.

“Get the job done. Don’t get dead”

These two guys are great together, they discovered in a short time that any issues that may arise between them, such as their very two different jobs, family, or personal history is secondary to their relationship and their love.

You will meet the rest of The Kings and fall in love with each of them and want to jump right into reading their books.

Please click on the books to purchase. The book is also free on Kindle Unlimited.

If you have read any of these books, please tell us what you think by leaving a comment below. 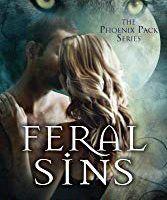 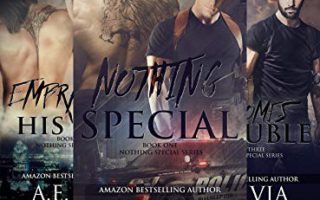