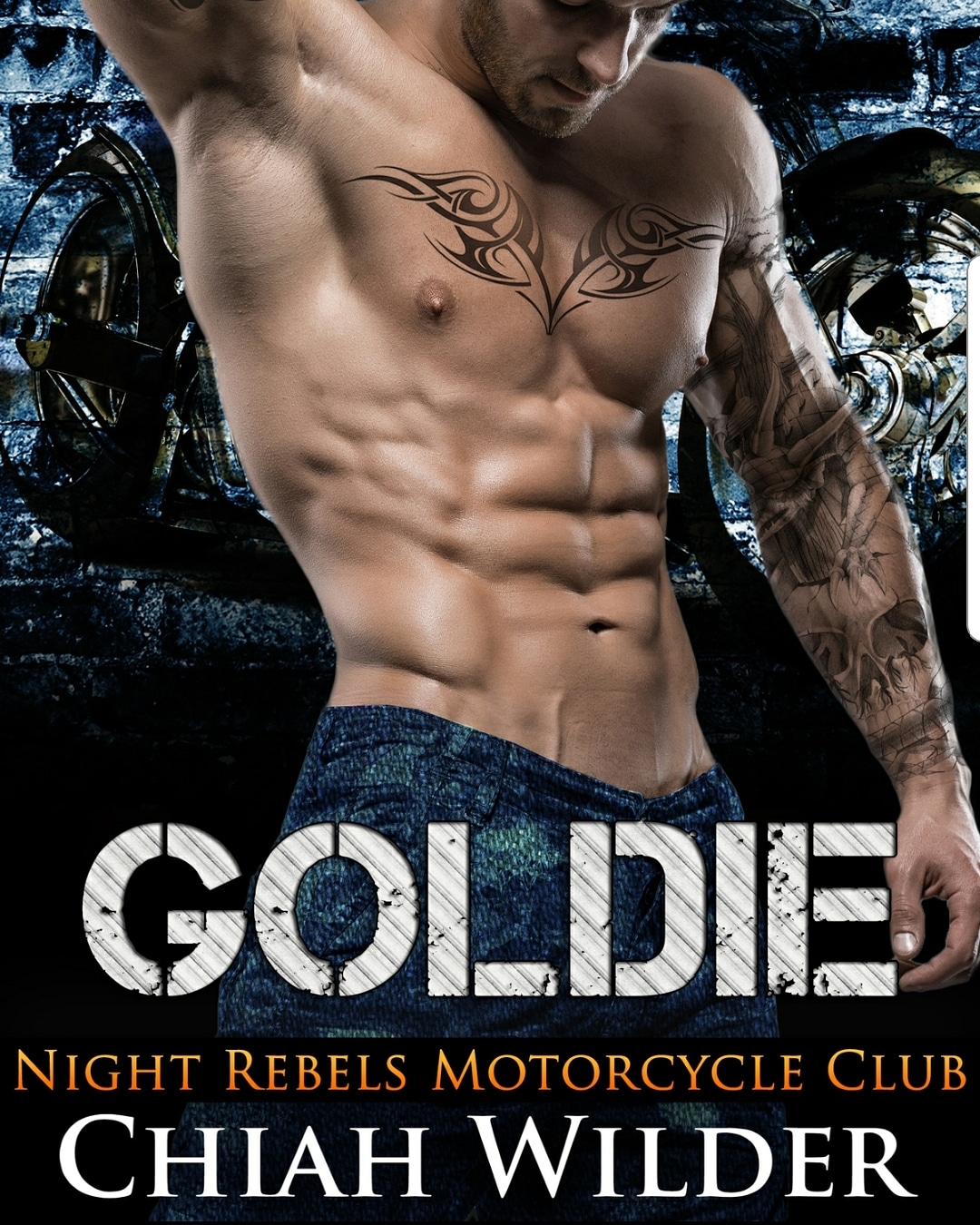 I finally got to read this book; It was on my very large tbr list.  Goldie is book 4 in the series and I must say it is the best so far.  I fell in love with Goldie from the very start.

The story is kind of a forbidden love story.  Goldie and Hailey’s brother, Ryan are best friends and Ryan made it perfectly clear that his sister is off-limits, especially for a biker.

Hailey and Goldie tried to fight the chemistry between them…they were doing just fine until Ryan asked Goldie to keep an eye on his sister–that was it.

My thoughts on the Book

I couldn’t put the book down, because Chiah had two separate plots going, which kept me at the edge of my seat and I couldn’t turn the pages fast enough.  The element was intense, while I enjoy the suspense in the book, others may find it dark and disturbing.

The buildup of sexual tension between Goldie and Hailey was electric and when they finally gave in to it, it was blazing hot.  I like the way Wilder kept putting them together and then pulling them apart again–over and over. Ms. Wilder also did an amazing job of building their relationship from teenagers, friends, to lovers.

The book was almost perfect, except I want to know what happened to Hailey’s ex-boyfriend, why was he even introduced if he doesn’t have a role in the book. I saw this as a missed opportunity. I still have a lot of questions in my head about him.  Perhaps, we will actually meet him-eventually.
Hailey, I didn’t like her as a person. What I mean by that is she appears whiny.  Goldie and she didn’t have much in common except their childhood and the sexual tension.

As with all the books in the series, Goldie was gritty and full of suspense, and romance…the steamy graphic sex scenes to die for. The book is very well written–Chiah Wilder did an amazing job, and I can’t wait to start Book 5, Paco.   You will not be able to put the book down.  So, what are you waiting for? Grab your copy today.