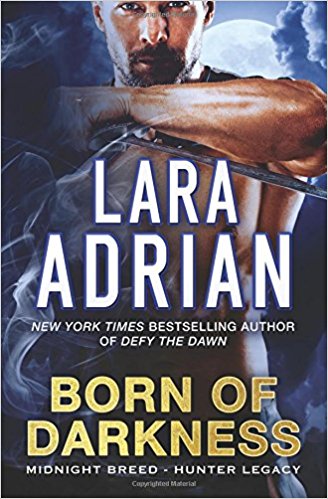 There was no back story, so I would recommend that you read the first Midnight Breed Series before starting this series to get an understanding of who the breeds are; as well as, why the Breeds in the Hunter program is different.

Although, I am so happy that the Hunters are getting their very own series, this book lacks the brotherhood feel–maybe I was expecting too much.

Asher met one other Breed from the Hunter program and even he took off drifting somewhere. I was hoping we would get to see some of the other Breeds we love, but only Kade and he was on the telephone.

Let’s talk about the characters–I wasn’t feeling Asher and Naomi at all. I didn’t find that they were likable characters.  I mean he was just so cold and boring-he bored me to death. She on the other hand was the total opposite of him, but she also bored me to death–I disliked her right away.  Although I did like her more when she didn’t judge Asher when she found out how he got his name Asher and what his role was as a Hunter.

There was actually no chemistry between the two main characters. Let me mention that there were about 4 other characters in the entire book ((I’m exaggerating here, but you get the picture). Not only were their chemistry lacking, I just couldn’t feel the love between them–it’s as if the relationship was forced–not good.

Lara Adrian can write a plot for certain and this is what saved the book.  The book was fast-paced and suspenseful–sad somewhat dark and gritty.  The plot made up for the lack of chemistry between the characters. Adding the children in the mix provides another element of realism to their story.  Great Ending!

I would recommend this book, but after reading the Midnight Breeds series before starting this book.  If you like paranormal/vampires without the brotherhood element, then this would be a good book for you to read.

I gave this book 3 STARS because: