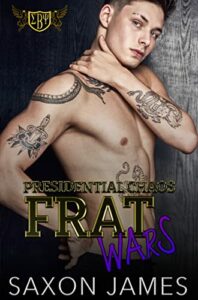 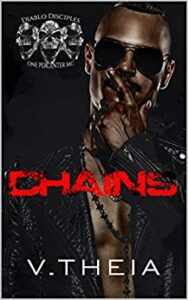 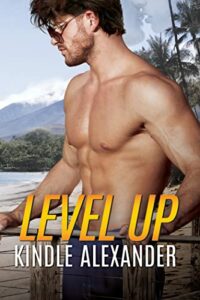 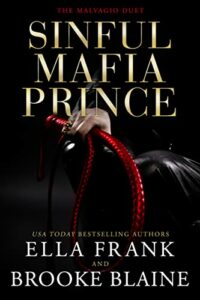 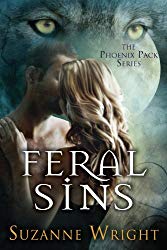 There is nothing I like more than a good paranormal book.  Any will do, vampires, demons, fae—to name a few, but my all-time favorite is shifter books.  Although I appreciate a good shifter book, wolves are my life.  Guess what? This weeks top 10 are all about wolf shifters.  I have put together some of my favorites wolf shifters book for your reading, please. These are my 10 best wolf shifter romance books to howl for.

Feral Sins is the first book in the series, and what a start to the series it was. This is my first wolf-shifter book, and after this one, I was hooked. This is Trey and Taryn’s story. Trey is the alpha of a small pack looking to form an alliance with Taryn’s pack.  To do so, they must convince their respective packs that they are predestined mates.

The two wolves had chemistry from the start, but Taryn was determined to fight the attraction for Trey, who is a bad-ass alpha who defeated his father at a very young age.  He is smart and powerful, a perfect fit for Taryn, an alpha with a mouth that will have you cracking up through the entire book. Although she is wrapped up in a small package, she will not take shit from anyone–not even Trey.

The story was well written and tons of hot steamy scenes synonymous with Suzanne Wright’s books. Feral sins lay down a good foundation of the rest of the books; they build on each other. I do recommend reading them in order; you’ll miss a lot if you do not. I would recommend reading this series, and this is a great start to the series.

Kellan’s Tempting Mate is my favorite book in the series, and I’ll tell you why. This is Laikyn and Kellen’s story. Kellen is the alpha of the Iron Wolves MC. I love paranormal romance, and I love MC Romance, so combining the two genres is pure genius. I love the series, but this book is the best from the bunch–arguable.

Kellen and Laikyn are mates, and Kellen wanted to give Laikyn some time to come to terms with the fact that they were mates, but she thought he didn’t want her, so she leaves. Now Kellen is ready to claim his mate and to earn her forgiveness. But she is being pursued by two vampires–he could be too late.

Kellen and Laikyn is a match made in heaven, they have so much chemistry from the start, but they tip-toed around each other. I read the book in one sitting because it was that damn good.  What makes this book so great is that we were introduced to some new characters, who I’ve come to love.

Since I read this book, it has been a while, but it remains one of my favorites–the characters are unforgettable. Jax Chandler (a New York alpha) was captured and tortured, and now he is on a mission to exact revenge.  He rescues a wolf, one who he once believed was his mate. Katrina Livingston is on the run from demonic forces, and she turns to Jax to help her.  As she struggled with the instinct to mate with Jax because she feels doing so will cause him harm.

I really want to reread the entire series, but I think Jax is due a re-read real soon.  In the previous books, the author led to believe that Jax wanted to force Katrina to mate with him, but now we learn that this was not the case.

Jax is packed with non-stop action, with a high dose of sexual tension between the two. I loved everything about this book, all the craziness, the danger, the brilliant characters, the sex…everything. This one is a must-read, and the first book in the series is free on Kindle as of this post.

Another book from the Immortals of New Orleans Series. Dimitri is the sexy beta of Acadian Wolves; he survives a brutal attack after his wolf succumbs to an unknown dark force. Gillian, a New York City photographer, is hiding a secret hybrid past and mystical abilities.

There is a lot more complexity to the characters’ relationships than was first shown, and it makes them more interesting as they are revealed. The story naturally flowed without bogging down at all and kept reading way past my bedtime. The banter between the characters is priceless and always one of the things I enjoy the most in this book or when reading a book.

Jett’s Wild Wolf is probably one of her best stories, along with Kellen’s Tempting Mate. This is Jett and Taryn’s story.  Taryn is a wild wolf who is looking for a place where she can feel like she belongs. Jett nearly lost his place in the pack because of Taryn, but she saved his life, and their wolves both want each other.

This was a cute story; the characters were very likable, especially the wild one, Taryn. She had such a hard life, but she is wild; she is a healer and can shift into more than one animal–how freaking cool is that. I loved this story, and as with any of Elle Boon’s characters, you fall in love with them right away and won’t be able to put the book down. The book is well written, and I love the banter between Taryn and Jett. Highly recommend Jett’s Wild Wolf.

Okay, so If you are looking for something hilarious to read, then this is the book for you. Shelly Laurenston is the queen of funny. Every book that I have ever read by her often has me rolling on the floor with laughter—including her Dragon Kin series, which she pens as G.A. Aiken.

Conall Viga-Fellan is a Viking shifter, and Mike Kendrick isn’t an average human. Her IQ is off the charts. He never thought he would meet a female strong enough to be his mate, especially not a short, viper-tongued human. Miki’s way too smart to ever believe in love, and she knows that a guy like Conall could only want one thing from her. But with the Pack’s enemies on her tail, she is stuck for a few days with the one man that makes her wild and won’t take no for an answer.

The author has an awesome blend of animal behavior and human, which creates realistic characters–even for a paranormal romance. This story was well written with great character development, but most of the book’s humor is what makes the book what it is.  The humor can be considered rude, crude, or even sarcastic by some, but combined with an amazing story makes for a perfect read.

7. The Beast in Him the Pride Series Book 2 By Shelly Laurenston

As I mentioned above, Shelly Laurenston’s books are hilarious, and The Beast in Him was no different. This book has non-stop laughter and witty banter, and some steamy love scenes throughout the book. I fell in love with Bobby Ray Smith and Jessica in this book, and because I’ve read all the books in this series, I can tell you that I stay in love with this couple as well as others. The Beast in Him is a second chance love story. They both had a crush on each other, but Bobby Ray Smith joins the navy and leaves Jessie Ann behind, which placed their love on hold.

This is a classic boy chase girl story…yes, Jessie Ann let him work for it. There is a reason why Shelly Laurenston is on my list twice–she writes about shifters like no other can. She creates characters that are so realistic; it is hard to believe you are reading a paranormal romance because the characters are so realistic. The author is always consistent, and I always enjoy her books. She is known for her trademark off-beat humor and her hot-as-hell love scenes.

There are so many great books in this series, but Night Play is my favorite out of all the books–and that’s saying a lot. This is Bride and Vane’s story.  Vane Kattalakis is deadly and tortured and a werewolf.  He isn’t looking for a mate, but he found one in Bride, now he has three weeks to convince her that he is real or he will spend the rest of his life alone–neutered.

So, what I like about this book is Bride is a human, voluptuous, curvy woman. As a matter of fact, her idiot of an ex dumped her because he believes that she is no longer good for his image because of her size. Vane on-the-other hand portrayed as sexy, kind, attentive, rich, but his best trait is how he feels about Bride and how he believes Bride is the most beautiful person he’s ever seen–perfect just as she is.

Vane is a wolf; his mother is Arcadian (human soul) and Katagaria father (animal soul).  His mother rejected him along with his brother and sister, who were all born wolves. Raised with his father’s pack as a wolf, he discovers when he hits puberty, and has to hide the fact from the rest of the pack, that his soul is human and, as it turns out, one of the most powerful. Night Play is such an amazing love story, with two very likable characters. As I mentioned, this is one of my favorites in the series.

9. Wicked Deeds on a Winter’s Night Book 4 Immortals After Dark by Kresley Cole

This series is amazing, filled with action and adventure–just how I like it. Wicked Deeds on a Winter’s Night is an enemy to lovers’ story.  Bowen Macrieve is a werewolf who lost his mate many years ago, and the only thing he cares about is finding a way to bring her back. He enters the legendary race to win the ability to turn back time.   He meets the mortal witch Mariketa the Awakened and is convinced that her magic causes his attraction. Mari is unable to control her magic well and doesn’t know if she has influenced Bowen’s feelings or not.

I like the relationship between Bowen and Mari…it’s sexy.

Bad Moon Rising was a hidden gem. I love Fang and couldn’t wait to read his story. This was a Forbidden Love Story.  So much happened in this book that my head was spinning from the first page. Luckily, I was smart enough to keep up.  Bad Moon Rising spans several years, so we get to see the slow-burning relationship between Aimee and Fang and revisit some of the other stories and characters.

Nobody writes complex, amazing worlds as Sherrilyn Kenyon, and this book was no different.  I don’t want to give away anything in this story, but all I can say is WOW!! I never saw that one coming. This book will leave you not wanting for nothing. Sherrilyn Kenyon hit all the right notes with this one.

What do you think of my list? Have you read any of these books or series? Let me know what you think. Looking forward to hearing from you.