Started this new feature on the blog, called Steamy Series Sunday. This section will feature all the hottest series that I love. If you want me to feature a particular series, just leave me a comment in the box below. This may not come as a surprise to you that the first Series is non other than Black Dagger Brotherhood series of Vampire books. 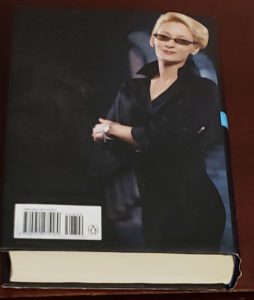 The author is one of the best Paranormal Romance author in the business. Actually, she is one of the best romance and erotic authors–period, J.R. Ward. J.R. Ward is New York Times bestselling author with this series. How would I describe The Warden? I would describe her as a bad-ass bitch! She will draw you in the story line with her captivating story-telling. You will be addicted after only the first page of reading one of her book–I know I did with Dark Lover. Die-hard J.R. Ward (The Warden as she is affectionately called by her most loyal fans) will travel across the nation only to meet her.

The series is about black leather wearing warrior vampires, who is destined to save their people from the Lessening Society, a group of idiot humans (well they used to be humans) who vowed to kill all vampires.

Each brother is unique in their own way–each falling in love with their mates–along the way. Who doesn’t love a man in leather, especially ones that can kicks ass and look sexy doing it.  There is so much more to the series than that, but you just have to read it for yourself. 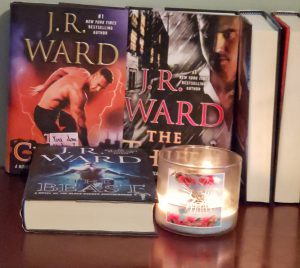 The Black Dagger Brotherhood Series is to die for. This series is erotic x 2 utterly fascinating–but of course, that is NOT what makes the series so different from the rest. What makes this series so different is that the Brothers are not like the “classic” vampires. Yes, they do need blood to survive, but they drink blood from other vampires–of the opposite sex. They cannot survive on human blood. Another reason why the series is different and better than the rest is the brotherhood between them. They are also hilarious; you will laugh your ass off from the first book.

The most important reason why the series is so different is quite simply–J.R. Ward because no one does it better.

Who are my favorite book boyfriends?

There is so many book boyfriends to pick from in this series, I had a hard time picking just one–and I can’t. It all depends on which one of the brothers you connected with. I connected with Vischous from day one, but by book two, I fell in love with Zsadist. So, Zsadist is mated to Bella, who just so happens to be the baby sister of Rehv. Later on in the series, I met Assail (didn’t really know where The Warden was going with Assail) is he a bad guy or not? Both Rehv and Assail are not one The Brothers, but they both have books and plays an important role in the series.

Okay I know I gave you 4 names…and I really cannot give you any less (I can at least give you two more–if you like). If I must list them in order, it would be as follows:-

The best book in the series–hands down is Lover Awakened (Zsadist and Bella’s story). In almost every series, there is always a tortured soul, and Z fit that statement. While reading this book, you will go through a wealth of emotions–from sad, happy, to angry…you name the emotion and you will feel it. I even cried while reading–something I never do. Definitely the best book in the series.

The latest release is called The Thief Book 16 in the series. The next book coming out is called The Savior, which his expected to be released next April…Yayyyy. The good thing is we don’t have to wait an entire year anymore to see more of the brothers…NOPE! Not with The Black Dagger Brotherhood Legacy–set in the world of the Black Dagger Brotherhood.

This series is the ultimate high–so addictive.