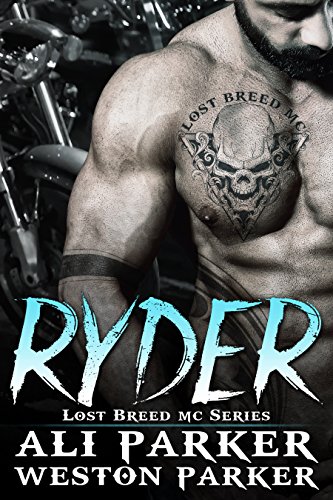 By Ali and Weston Parker

First let me say that I read the book in one sitting.

From the moment I started this book, I knew that there would be lots and lots of sex, which I love with a good story.  This book was heated!  When I downloaded this book.  I was expecting a real motorcycle club book, and this is not what I got.  I’ve read tons of MC Romance books since I discovered them, and this was nothing like any that I’ve read.  Where were the club whores, the old ladies? Where were the motorcycles?  They work on cars…really?

I felt like the characters :were all playing a role in movie.  It didn’t seem real to me…no substance.

They did have the brotherhood, but seriously only seven brothers…again lacking the MC feel for me dawg (in my Randy Jackson voice). Although they were hilarious at times…but a motorcycle club that explains nothing about the club.  As a matter of they were in the club once in the entire book.  This was not a realistic view of a motorcycle club, but what do I know? I’m just comparing this with all the other books that I read this year.  Maybe more research is needed on the motorcycle club lifestyle

I did like how Dani found her sexually, especially because her husband cheated on her. She discovered the woman that she really can be.

“Let me fuck you the way you want to be fucked.”

Well I continue with the series?  Yes, I will…as soon as I finished writing this review.